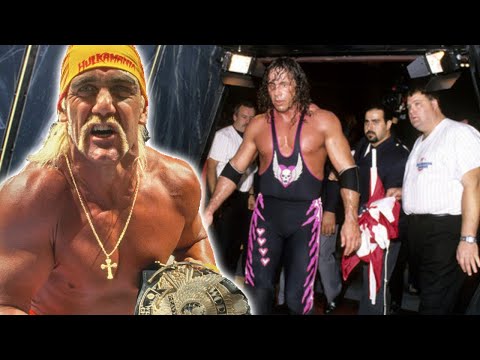 In this clip from 2009, Hulk Hogan and Nasty Boy Brian Knobbs are in studio answering questions and Hogan shares his thoughts on the Montreal Screwjob with Bret Hart, Vince McMahon & Shawn Michaels.

The Montreal Screwjob took place on November 9th, 1997 during the main event WWF Championship match between Bret Hart and Shawn Michaels in which Vince McMahon was present at ringside watching the match when Shawn Michaels put Bret Hart in the Sharpshooter and McMahon screamed at the ref to ring the bell and Michaels was awarded the WWF Championship and Bret Hart was on his way out of the company heading to then rival WCW.